My name is Elizabeth Nelson and I served on Ann Arbor City Council (representing Ward 4) from November 2018 to November 2022. I believe that our local government functions best when we are accountable to residents and debate issues thoughtfully.

I have lived in Ann Arbor since 2004, in the subdivision between Pauline and Stadium.

I have two sons: Henry, 20, and Hugo, 17. Our family loves Ann Arbor. Over the years we have probably hiked, biked, canoed, wandered, dined, and shopped most of the places that make our town great. 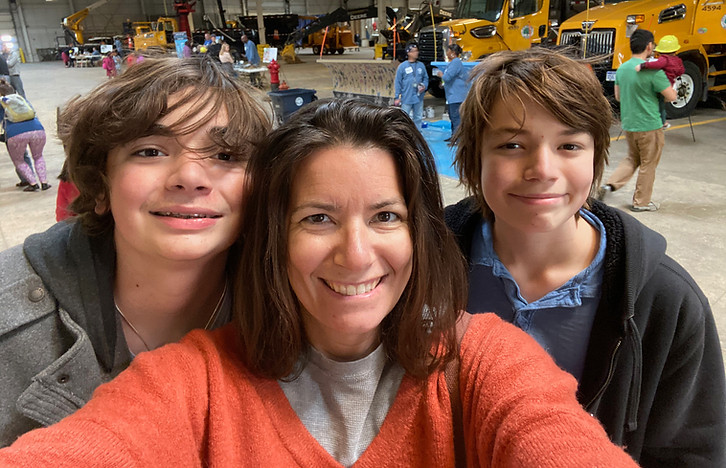 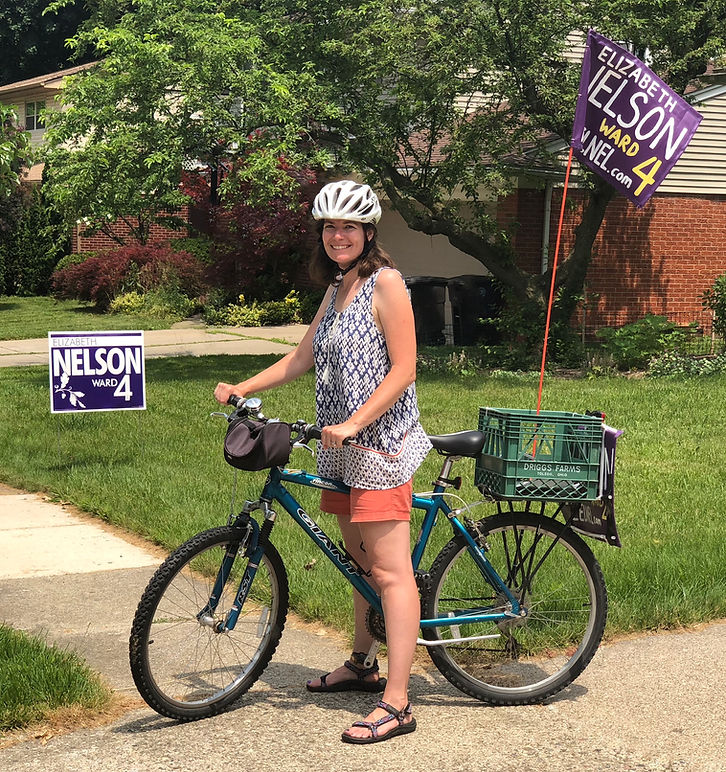 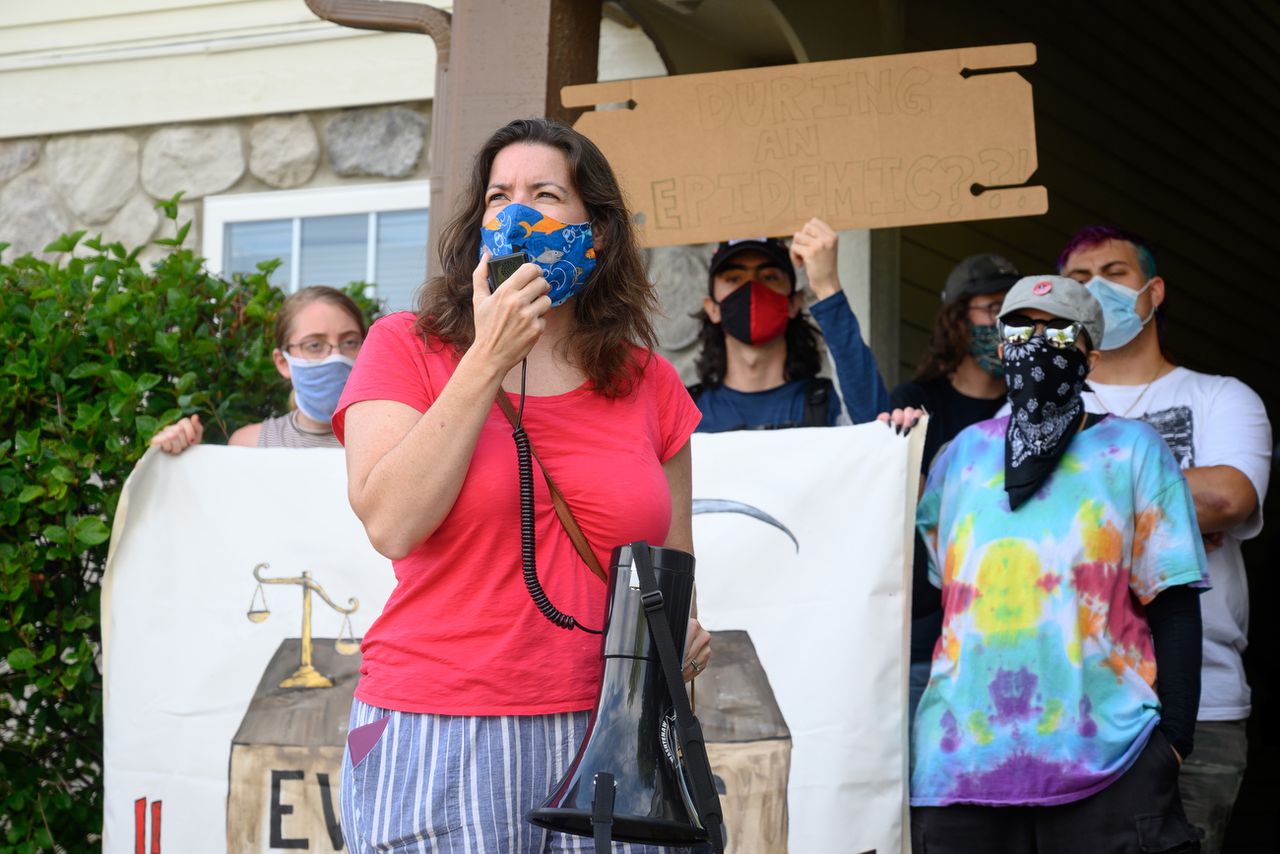 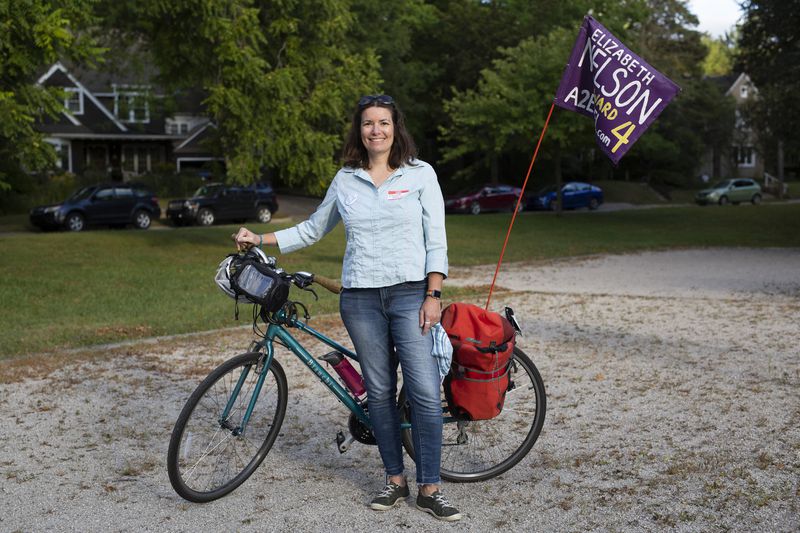 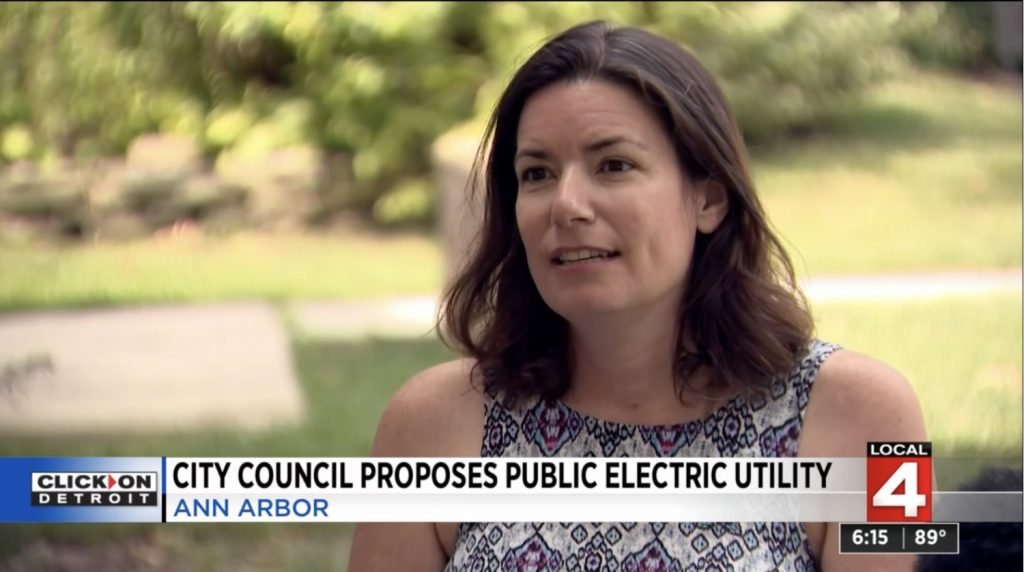 Since 2018, I have maintained a website to help residents access City information about the questions that come before City Council. After every meeting, I publish clear charts to illustrate how City Council members voted on every issue. I believe in transparency and informed decision-making. As an elected member of Council, I sponsored resolutions to increase transparency in competitive contracts/agreements with the City, minutes of public meetings, and applications to our City boards and commissions.

I supported efforts to intentionally develop affordable housing in our community and promote year-round housing supply. I don’t believe that truly progressive housing policy relies on the “invisible hand” of capitalism for solutions. In 2019, I cosponsored resolutions to examine underutilized city properties for potential affordable housing development and I also cosponsored the affordable housing millage for the November 2020 ballot. I recognize that our CIty is growing and I have voted in support of most (but not all) in-fill development. As our City grows, I believe we must have thoughtful conversations about how proposed strategies will effectively meet the goals we aim to achieve. We can learn from past experience.

As an elected leader, I responded when residents brought issues to my attention. City Council approved an ordinance to address discrimination in rental housing because I brought that issue to our Human Rights Commission. When neighbors told me about how full-time short term rentals (AirBnB) were impacting the City, I introduced the resolution asking for analysis and study of that issue. I support regulating and restricting short term rentals in our community because our residential housing supply should meet the needs of people – at all income levels – who want to live here as residents. When renters alerted me to problems with our leasing ordinance, I worked closely with leaders from the Graduate Employee’s Organization and Central Student Government at the University of Michigan to craft solutions. In each case, I confronted powerful financial interests in defense of community and resident needs.

On Council, I worked to protect our environment and natural resources in collaboration with local advocates. I asked for a feasibility study of a public municipal power utility to explore how it might be implemented. Many local advocates – as well as our local state Representative Yousef Rabhi and State Senator Jeff Irwin – would like to see our community pursue an alternative to DTE, one that is more efficient and sustainable, under local control.

I believe in meaningful public input and environmental sensitivity regarding the City’s growth. Across the City, many neighborhoods experience significant flooding issues which will only get worse due to climate change. We need to anticipate and plan for the future. I strongly support efforts to protect our drinking water from pollutants such as 1,4 dioxane and PFAS. I worked with my colleagues to initiate discussion of EPA-intervention to address the Gelman Plume. I opposed a proposal to build on top of the Plume’s highest concentration and at the site of important monitoring wells.

With every City contract, Ann Arbor can and should be a leader in promoting organized labor. I supported our prevailing wage ordinance and voted to strengthen accountability toward enforcing it. I opposed privatization efforts that effectively remove union-negotiated benefits and protections. One of my first public stands as a Council Member was in defense of farm workers’ rights, when the University of Michigan was choosing restaurant vendors for the Michigan Union. I support organized labor to protect everyone against exploitation and unfair employment practices.

Most local issues of controversy are not simple, straightforward, or obvious. People who disagree on issues typically have a range of personal experience, knowledge and interests that inform very different perspectives. I believe that Ann Arbor is a place where we should be able to hear each other and learn from each other.

I grew up outside of Chicago, attended college at Rutgers University and earned my Juris Doctor at University of Maryland School of Law. In law school, I was president of my third year class and an active volunteer with a tenant advocacy project. I worked alongside former clients, on behalf of tenants at risk of eviction from housing in the city of Baltimore.

I first moved to Ann Arbor in 1999 to marry my husband, Peter. I passed the Michigan bar exam in 2000 and six months later, my husband and I moved to England for his work (Ford Motor Company). For four years, we lived outside of London, where our son Henry was born. I was pregnant with our son Hugo when we moved back to Ann Arbor in 2004.

For as long as I’ve lived in Ann Arbor, I have organized with my neighbors, volunteered in the public schools, and worked in local service organizations. Though I never practiced law, the education trained me to apply rules and standards to situations and facts. I have followed local government closely because I am interested in how we promote the public interest through policy. Our priorities should become our policies.

For six years, I led a drama club at my children’s elementary school, presenting twelve plays that included 30-60 kids annually. As a member of the Ann Arbor branch of the American Association of University Women (AAUW), I was fundraising chair, membership chair, and program chair. In 2009, I chaired the AAUW Used Book Sale, organizing the efforts of over a hundred volunteers and generating $40,000 in proceeds. I’m an active volunteer at the Ann Arbor Thrift Shop and chaired its marking committee (2012-13). I am someone who looks for opportunities to be useful and support my community. I do not sit still when something needs to be done.

In 2006, I helped found an online support group and advocacy organization — Children of Hoarders (COH) — to raise awareness about how compulsive hoarding disorder impacts children and families. At that time, outside of academic circles, compulsive hoarding was not widely understood or discussed as a mental health issue. Since founding COH, I’ve done significant advocacy in the media both locally and nationally. I have presented on this topic to many groups, including graduate classes at the University of Michigan School of Social Work, University of Michigan Depression Center, and OCD Foundation of Michigan. The COH organization is a member of the Washtenaw County Hoarding Task Force. I believe that the best analysis of any issue includes the interests of all stakeholders. We arrive at the best solutions when every stakeholder is heard.

Most recently, I went back to school at the University of Michigan to get a masters degree in education studies with certification to teach elementary school. For three years, I worked primarily as a substitute teacher, covering long-term assignments that require certification. I am now a classroom teacher at an Ann Arbor preschool.

In April 2018, I filed petitions to run for Ann Arbor City Council in Ward 4 as a Democrat. I spent the summer campaigning all over Ward 4, talking to residents. I won the Democratic primary on August 7, 2018. I won the General Election on November 6, 2018. I served my four year term on City Council from November 2018 through November 2022. 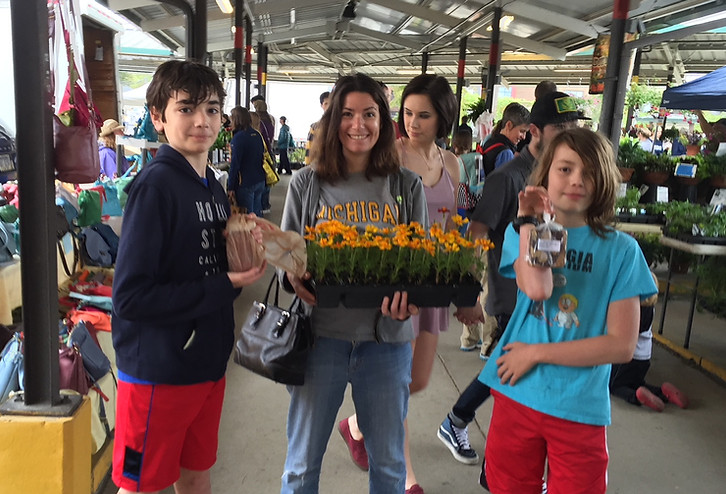 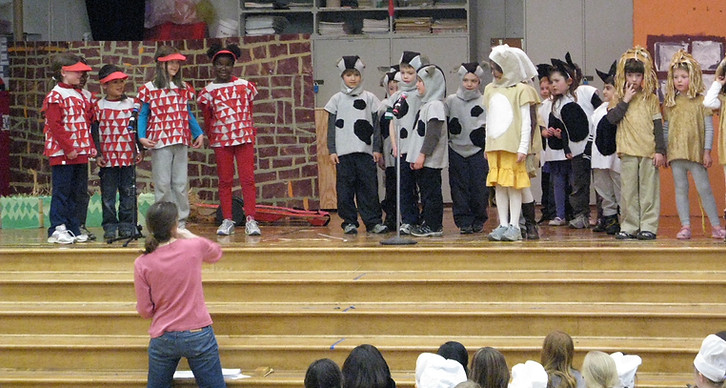 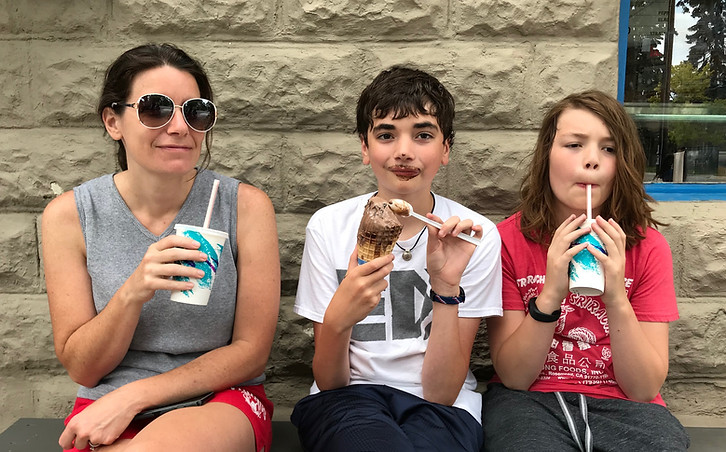 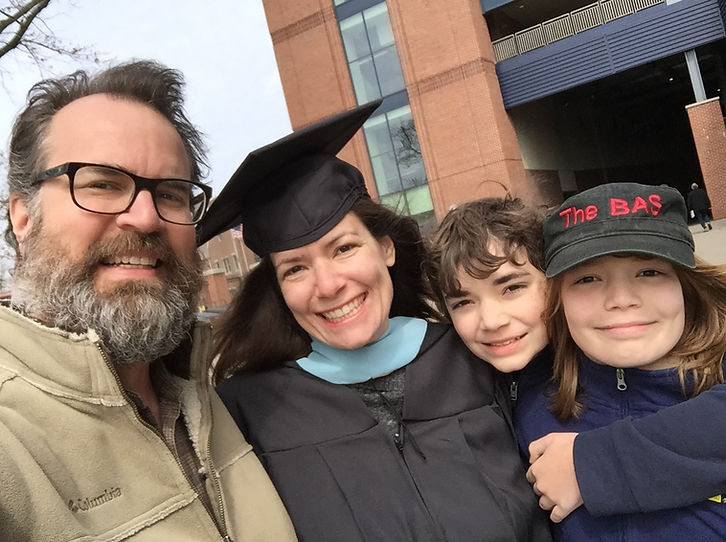